10,750 tons
Ship displacement tonnage (weight of water pushed aside when the ship is floating!)
May 31, 1945
The S.S. Lane Victory was launched at the California Shipbuilding Corp. inLos Angeles, CA
7,009 rescued civilians
7,009 Korean civilians, many of them women and children, embarked the ship to flee the war in December 1950.
467 vessels in 4 years
At CalShip, 40 000 men and women worked under war contracts to produce 467 vessels in 4 years.

The SS Lane Victory, Maritime Commission Hull Number V-794, was built under contract by the California Shipbuilding Corporation of Los Angeles at Terminal Island, and launched on May 31, 1945.

The ship was named for Lane College, which was established as a high school for black youths in 1882 by Isaac Lane, a bishop in the Methodist Episcopal Church, at Jackson, Tennessee. The school grew into a prominent liberal arts college named in honor of the self-educated former slave who had founded it.

June 27, 1945
World War II in the Pacific
Effort at the end of the Pacific War

The Lane Victory saw action at the end of the War in the Pacific, departing on her first voyage on June 27, 1945. She delivered munitions, loaded in Port Hueneme, California to Admiralty Island in the Pacific.

During the Korean Conflict, Lane Victory's moment of glory came during the evacuation of Korean civilians and UN personnel from Wonsan in December 1950.

As the cruiser St. Paul and the destroyers Charles S. Sperry and Zellars laid down a covering fire, Lane Victory disembarked 3,834 troops, 1,146 vehicles, and 10,013 bulk tons of cargo, and then, on December 7, 1950, embarked 7,009 Korean civilians, many of them women and children.

In September 1966, The SS Lane Victory joined the Vietnam War effort.
She was returned to the Ready Reserve Fleet in 1970.

In 1982, the U.S. Merchant Marine Veterans of World War II commenced efforts to acquire her.

Their objective was twofold: to have her serve as a living memorial to the men and women of the U.S. Merchant Marine and U.S. Navy Armed Guard; and to operate her as a working museum dedicated to the maritime trades.

1989
From SF to LA
From San Francisco to Los Angeles

She was towed from San Francisco to San Pedro in June 1989.

The SS Lane Victory was designated a National Historic Landmark on December 14, 1990.

Today the SS Lane Victory operates in the Port of Los Angeles, California at Berth 52.
She is now managed by the Lane Victory Maritime Center. 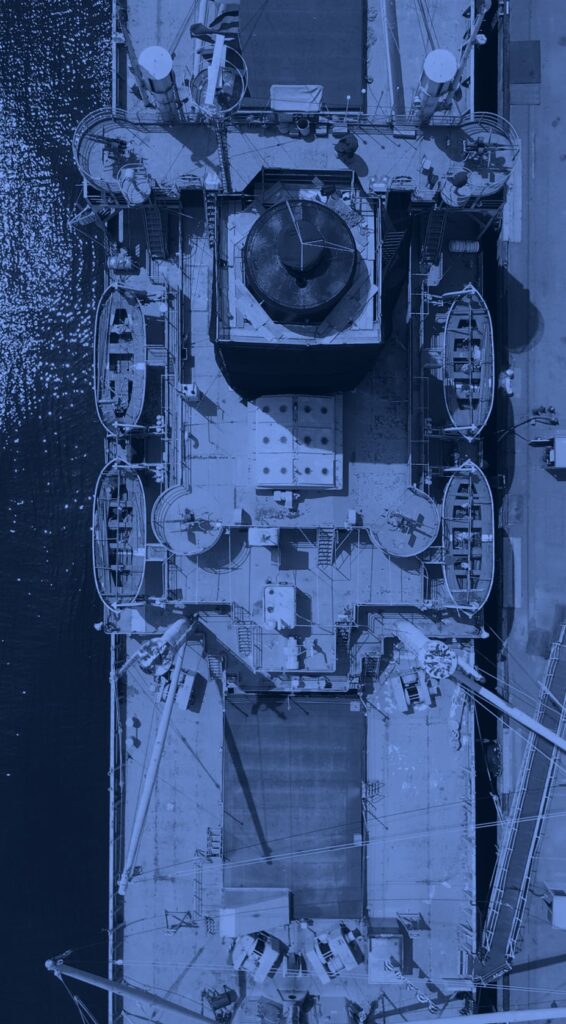 VC2-S-AP2 VICTORY SHIP
The ship's World War II, U.S. Maritime Commission designation of VC2-S-AP2 indicates she is a "V" for "Victory," "C2" for large capacity cargo carrier, "S" for "steam," and "AP2" stands for the 6,000 shaft horsepower type of Victory.

The California Shipbuilding Corporation (CalShip), established in February 1941 on Terminal Island, became one of the focal points in Los Angeles' war effort.

Known as the "Liberty Fleet," these cargo ships were designed to be constructed faster and less expensively than traditional cargo ships.

The CalShip shipyard closed in September 1945 after the launching of its last Victory ship, "four years to the minute after the first slid into the water."

California Shipbuilding Corporation (Calship) Collection is comprised of 158 copies of the bi-weekly magazine, CalShip Log, for the period September 1, 1941 to September 27, 1945.

Aimed at the employees of CalShip, its purpose was to inform workers of safety rules, policies and procedures and the progress of working for the war effort. The magazine includes a section on employee leisure activities. Also included in this small collection is a copy of the 1942 issue of CalShip Cavalcade, which pictorially details the transition of swampland into the Terminal Island shipyard.

Funding has been provided by California Humanities and the National Endowment for the Humanities (NEH) as part of the American Rescue Plan Act of 2021.